The Best Areas to Stay in Berlin for Any Budget

Berlin may well be the European capital of cool. The city belongs to the young people – the post-Berlin Wall generation – and it pulls of a heady combination of libertarianism, rebellion and loyalty with flair. It’s a large city by European standards, and while it has a highly-efficient, easily navigable transport system, first-time visitors would do well to base themselves within one of the central districts, where the main attractions and a lot of the nightlife is located. The city does exceptionally well at providing good quality, budget accommodation, including in all the districts below.

We analysed all the minimum prices for accommodation in Berlin. The prices are for the cheapest room / bed available for a one night's stay. Prices are shown in US Dollars. The chart gives an idea of what accommodation price distribution is like in Berlin. You can use it to work out what is considered cheap for Berlin and what is considered expensive. 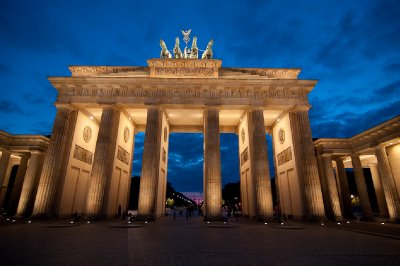 At the heart of modern-day Berlin, Mitte (which means ‘middle’) was at one point the westernmost city of East Berlin. Since reunification, it has slowly but surely established itself as Berlin’s true centre, and now attracts the tourism it deserves. Home to the German parliament and iconic landmarks such as the Brandenburg Gate, the Potsdamer Platz and Checkpoint Charlie, Mitte is perfect for those wishing to explore Berlin’s cultural and political heritage, whilst still taking advantage of chic cafes and restaurants.

More options in and around Mitte 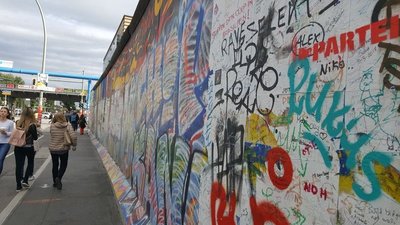 This district, bordering Mitte, is dynamic and exciting, popular with young designers and entrepreneurs. History and modernity sit in contrast here: on the one hand, the memory of the East-West divide looms large, with the exceptional Jewish Museum and the longest intact section of the Berlin Wall. On the other, sleek, modern buildings and museums dedicated to modern architecture, science and technology show that this district is stepping confidently into the future. There are plenty of green spaces here and riverboat cruises are available on the canal, making it a good choice for families, whilst the area’s legendary nightlife will attract young revellers.

Schulz Hotel Berlin Wall at the East Side Gallery

More options in and around Friedrichshain-Kreuzberg 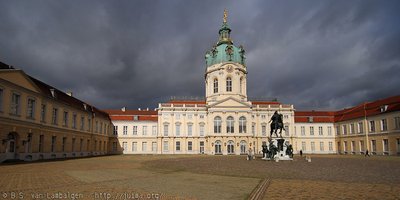 Charlottenburg is true city chic. As Friedrichshain-Kreuzberg has asserted itself as the nightlife and cool-kid district of choice, Charlottenburg in turn has become ever-more upmarket. One of Berlin’s major boulevards is located here: Kurfürstendamm is the German equivalent of Paris’ Champs-Elysees. As well as Berlin’s best shopping district, this district also boasts the oft-photographed Charlottenburg Palace, once a royal residence, and plenty of museums. For those seeking a bit of respite from the city, Charlottenburg offers easy access to the Grunewald forest, a nature reserve covering over 7,000 acres within Berlin’s city limits.

More options in and around Charlottenburg 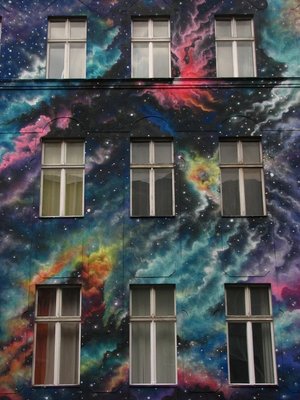 Traditionally Berlin’s gay neighbourhood, Schöneberg is a district which practises tolerance and brings together a diverse set of people. The Winderfelt Markt offers wonderful fresh produce and is a great place to browse, whilst the district’s range of quirky, independent restaurants and bars have something from just about every culture, from Turkish to Cuban. Top this off with a few old-fashioned cabaret venues and Schöneberg has the perfect mix for an off-beat Berlin experience.

More options in and around Schöneberg