The Best Areas to Stay in Rome for Any Budget

The Pantheon, the Colosseum, the Trevi Fountain, the Spanish Steps… when that list just touches on some of Rome’s treasures, is it any wonder that Italy contains the most World Heritage sites of any nation on Earth?

Rome attracts millions of tourists each year, supplementing a growing expat population, people from all over the world, who have dreams of riding scooters, eating gelato and falling in love in one of Europe’s most iconic cities. Whether you want to be in the heart of the action or would rather escape to a local neighbourhood, Italy’s capital has plenty of places on offer to make your Roman dreams come true. 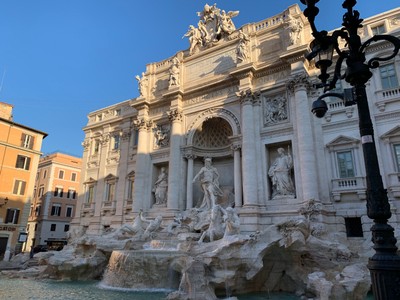 For first-time visitors to Rome, the Centro Storico – Historic Centre – is a good area to be based. Home to the Pantheon and the splendours of Piazza Navona, this is the Rome of your imaginings. All the major sights, including the Spanish Steps, the Colosseum and the bustling Campo de’ Fiori market are within walking distance. It is a veritable warren of streets, filled with baroque and renaissance palaces, churches, antique shops and cafés. As you might expect, this area is the main draw for tourists, so it can be incredibly crowded and budget hotels are like gold dust. However there are a few cheaper options outside of peak season, and nowhere can match it for historic atmosphere.

Via dei Due Macelli 60

More options in and around Centro Storico 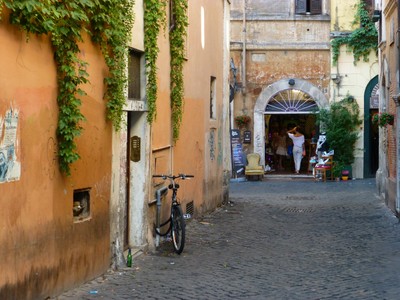 Located on the other side of the Tiber River, Trastavere was, for a long time, a simple, working-class district that barely attracted other Romans, let alone visitors. Now though, thanks to an expat population studying at the two American universities and a period of gentrification, it attracts a great deal more tourism. It is still a slightly less frantic experience than the Centro Storico, and it easily has the better restaurants. It boasts plenty of beautiful churches of its own, and accommodation here can be found for a fraction of the price compared to the Centro Storico, with double rooms starting from around €30.

More options in and around Trastavere 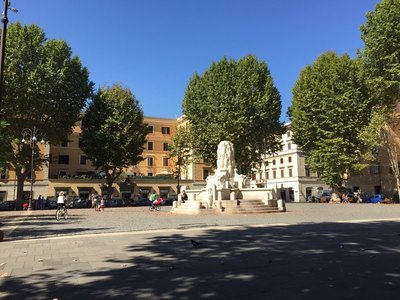 This district, named for two hills, is located to the south of the Colosseum area. Aventino is one of the Seven Hills of Rome, while Testaccio is a man-made hill, formed by piles and piles of discarded Roman terracotta. Nowadays, this is very much a local neighbourhood, with traditional restaurants attracting local clients rather than tourists, so it’s a great place to escape the crowds. The hilltop position gives wonderful views across Rome. The Keyhole View, on the Aventine Hill, offers a particularly beautiful view of the Vatican. It’s easily accessible: 20 minutes on foot to Campo de’ Fiori, or you can hop on the 271 bus from Piramide to get right into the Centro Storico. There is a range of guest houses and hotels to suit different budgets.

More options in and around Aventino-Testaccio 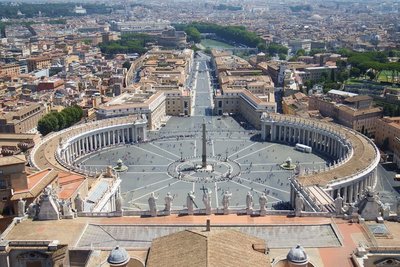 While there aren’t any places to stay within the Vatican City itself, unless you happen to be a close personal friend of the Pope, the tiny state (it measures just 0.5km square) is surrounded by hotels and B&Bs.

Whether you’re planning a trip focussed on the Vatican, or you just want a convenient central location, this area fits the bill. The Centro Storico is just across the river, an easy 15-minute walk, and there is plenty of accommodation to suit every budget.

More options in and around Vatican City

Via dei Due Macelli 60

DeCharme apartment with terrace in Monti