The Best Areas to Stay in Madrid for Any Budget

Madrid is a classic European capital city. The oldest part of town with the most historical sights is in the center, while the next circle outward contains more modern and residential neighborhoods with their own individual characters. While the center is the obvious choice for sightseeing, the outer neighborhoods may be better choices for those averse to being surrounded by other travelers or who are traveling with their own cars.

We analysed all the minimum prices for accommodation in Madrid. The prices are for the cheapest room / bed available for a one night's stay. Prices are shown in US Dollars. The chart gives an idea of what accommodation price distribution is like in Madrid. You can use it to work out what is considered cheap for Madrid and what is considered expensive. 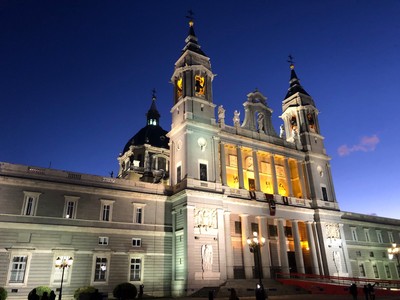 Centro is the Madrid of history and romance, where the royal families of Castile and Aragon held court and Hemingway wrote stories over a pitcher of beer in one of his favorite bars. Lose yourself for hours in the network of ancient streets around Plaza Mayor and Puerta del Sol, but be aware you'll be far from the only one especially during peak season in the summer. Centro is divided into several smaller neighborhoods such as Cortes and Lavapies, but all are within walking distance of each other and the major central attractions.

More options in and around Centro 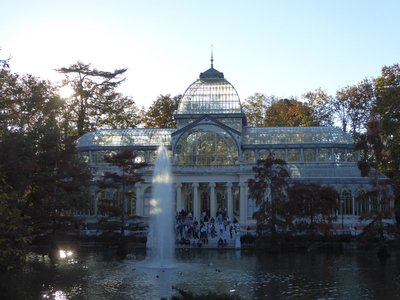 The centerpiece of Retiro, to the east of Centro, is the enormous and verdant Parque del Retiro. Retiro also has the advantage of proximity to the Museo del Prado and the option of staying at some of Madrid's grandest luxury hotels.

Only YOU Hotel Atocha

More options in and around Retiro

To the north of Centro is Malasaña, generally considered to be Madrid's hippest neighborhood, replete with bars and restaurants that are popular with madrileños from all barrios. Malasaña also has the advantage of being just a fifteen minute walk from Plaza Mayor, allowing travelers to experience the best of modern and historic Madrid without troubling with the Metro.

More options in and around Malasaña

Adjacent to both Malasaña and Centro is Chueca, best known as the center of gay culture in Madrid. Chueca is well-known for its liveliness as well as modern food halls such as Mercado de San Anton and Mercado de San Ildefonso. It is only slightly further than Malasaña from the main tourist attractions in Centro.

Only YOU Boutique Hotel Madrid

More options in and around Chueca 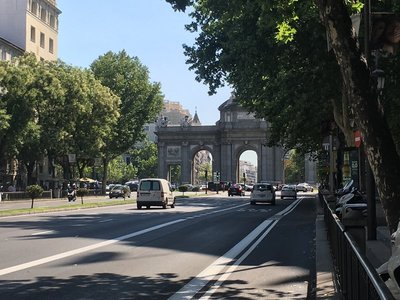 Given the large choice of neighborhoods in and adjacent to Centro, it's difficult to think of a reason to stay much further from the center. One exception might be Salamanca, to the northeast of Centro. Salamanca is a grid of wide avenues and blocks of stately residential townhouses. The neighborhood is home to the vibrant Mercado de la Paz and the upscale food hall Platea, along with countless other restaurants and well-known fashion boutiques. Salamanca may be an ideal area to find more economic accommodations as well as street parking for those traveling by car.

Gran Meliá Fénix - The Leading Hotels of the World

More options in and around Salamanca

Only YOU Hotel Atocha

Only YOU Boutique Hotel Madrid

Gran Meliá Fénix - The Leading Hotels of the World