The Best Areas to Stay in Taipei for Any Budget

Do you have a Taipei personality? If you prefer cruising night markets to night clubs then you just might. There's no shortage of amazing food cities in East Asia, but nothing approaches the nocturnal celebration of all things edible that takes place in Taipei on a nightly basis. Of course there's much more to do in Taipei than just eat, but there's no better way to finish a day of hiking on Elephant Mountain than enjoying a late communal dinner with several thousand gourmands at Shilin, Raohe, or any of a dozen other night markets. Keep in mind that although Taipei's metro system is very clean and efficient, its coverage is not as extensive as other major cities. Even in the center of Taipei it is possible to be a fifteen minute walk from the nearest station.

We analysed all the minimum prices for accommodation in Taipei. The prices are for the cheapest room / bed available for a one night's stay. Prices are shown in US Dollars. The chart gives an idea of what accommodation price distribution is like in Taipei. You can use it to work out what is considered cheap for Taipei and what is considered expensive. 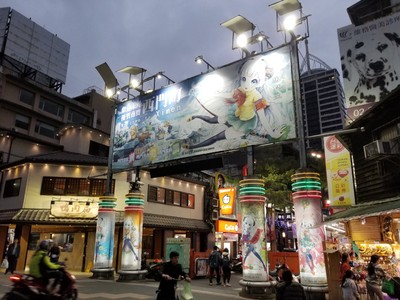 For the traveler who wants to dive head first into Taipei's frenetic street food and night life scene there's no better choice than Ximending. Centrally located on the east bank of the Tamsui River, Ximending's large pedestrian zone is the equivalent of a giant night market in its own right. When one factors in the enormous department stores with glowing video billboards, street performers, and heavy crowds that never seem to dissipate, there's no question that Ximending is the most dynamic neighborhood in Taipei.

More options in and around Ximending 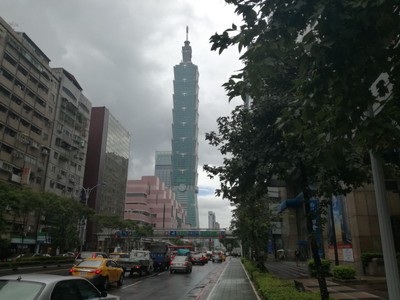 To the east of the center is Xinyi District, which is the most modern and cosmopolitan area of Taipei. Xinyi boasts enormous shopping centers such as Xiangti Avenue Plaza, which contains the behemoth skyscraper Taipei 101. The malls in Xinyi are so extensive both underground and above ground that it's possible to spend the whole day shopping and eating without ever going outdoors. Xinyi keeps going all night as well with the Tonghua and Likou night markets as well as many of Taipei's most popular bars and nightclubs.

More options in and around Xinyi District 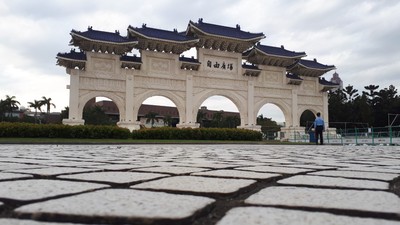 Zhongzheng District has the advantage of being very central with several metro lines passing through. At the center of Zhongzheng is Chiang Kai-Shek Memorial Hall, probably the foremost historical attraction in Taipei. The area around the memorial is filled with energetic and crowded produce markets. Zhongzheng is also the location of the Taipei Botanical Garden, Huashan 1914 Culture Park, and several museums of national importance.

More options in and around Zhongzheng District 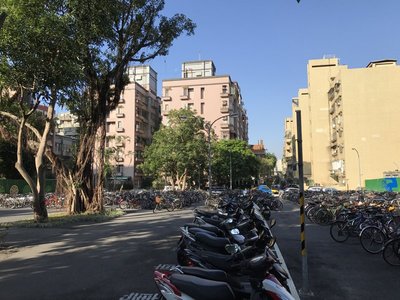 South of the center, the Da'an District boasts Forest Park, Taipei's largest central green space. Close to the park are Yongkang Food Street and the weekend Jianguo Holiday Jade and Flower Markets, allowing for a full day of enjoyment without ever stepping into a cab or bus. Da'an is also the location of National Taiwan University and several large shopping malls, and is a favorite neighborhood for expats living in Taipei.

More options in and around Da'an District

North of Ximending but still central is a small neighborhood called Dadaocheng, in the southern party of the Datong District.

Dadaocheng is famous for having the oldest and most traditional shopping areas and markets in Taipei. It is easy to lose track of time completely wandering through the atmospheric streets and browsing stores offering traditional snacks and herbal remedies. Dadaocheng is also close to the Ningxia night market, reputedly one of the largest and best in Taipei.

More options in and around Dadaocheng