Wondering which neighbourhood is best for you? Read on ...

Newcastle-upon-Tyne has accommodation to suit all budgets and is better value than many other UK cities. You will find it most convenient to stay in the city centre, and there are some budget options there (including hostels) but the city is so compact and well served by public transport, so staying a little way outside is still very viable and you may find bargains in the outlying suburbs or across the river in Gateshead. By the way, do take note of the fact that Gateshead is not part of the city of Newcastle but is a separate and distinct place. That distinction won’t affect your decision whether or not to look for accommodation there, but if you do stay there and call it Newcastle you are likely to offend your hosts and other locals!

What are these prices? 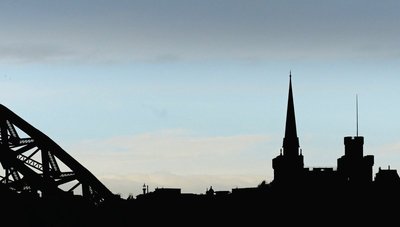 This is the area to stay in if you want to be within walking distance of many of the restaurants, clubs and bars, and of the major sights. There is a range of accommodation for all budgets from hostels targeting back-packers through the usual chains to some very comfortable four-star hotels. The downside to staying here is that Newcastle isn’t known as a party city for nothing, and at weekends its streets are lively until the early hours of the morning. If you’re a light sleeper you may want to look elsewhere – or pack earplugs! Also, the hotels at the budget end of the spectrum tend to be popular with the many groups of stags and hens (what US readers will know as bachelorette parties) so even inside the hotel you may experience quite a lot of noise, although this should only be an issue if staying on a Friday or Saturday night.

More options in and around Newcastle City Centre 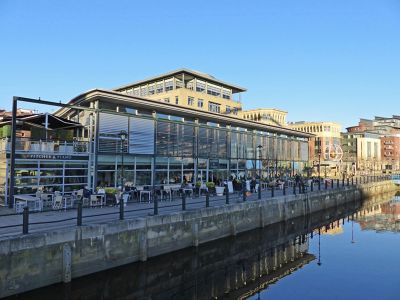 This is the other good option for anyone coming to Newcastle to enjoy the nightlife and again there are some good budget chain options and a couple of more expensive and smarter options. The budget choices are likely to suffer from the same noise levels as the city centre on a Friday or Saturday night but should be quieter during the week, while the smarter hotels are a bit away from the centre of activity. Be aware that if walking it’s a steep climb up to the centre, although the area is served by a reasonable bus service and taxis aren’t too expensive.

More options in and around Quayside 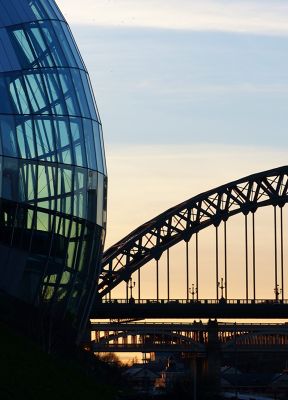 On the other side of the river you find a similar range of hotels at slightly lower costs. If you don’t mind the short walk across one of the iconic bridges over the Tyne this could be a good option to both maximise our budget and get a bit more peace and quiet. The area is also served by buses to Newcastle city centre, and Gateshead itself has some pubs and restaurants although not the selection you’ll find on the north side of the Tyne. Culture vultures might like to look here if planning on attending a concert at the Sage or visiting the Baltic gallery showcasing contemporary art, both of which are on the Gateshead side of the river.

More options in and around Gateshead Quayside

The suburb of Jesmond has a large number of smaller hotels at the lower end of the price range, bed and breakfasts and guesthouses. It’s only a few stops on the Metro from the centre, although as trains stop around 23.30 you may find some of your saving going on taxi fares if you plan to make the most of the city’s nightlife – however these are readily available and not expensive by UK standards. Jesmond has some of the city’s pleasantest residential streets and is also popular with students, so its own restaurant and bar scene is lively and has something for everyone.

More options in and around Jesmond 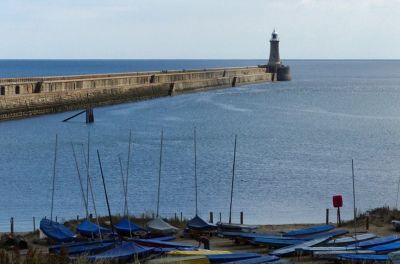 For something a bit different you could consider staying in one of the coastal towns within easy reach of the city such as Whitley Bay or Tynemouth. The latter is a fairly typical English seaside resort and like many such has suffered a bit in recent decades, but investment by the local council has seen it pick up in the last few years. There are many B&Bs and guest-houses, some of them right on the coast with a sea-view. Whitely Bay is served by the Metro system but it’s a good 30 minutes to the city centre, so this isn’t really an option for those coming to experience Newcastle’s legendary nightlife. There are some pubs and restaurants here, mostly aimed at families on lower budgets, and this could be a good area to stay in if that’s you.

Tynemouth is a little different. It’s a bit closer to the centre (although still about 20-25 minutes on the Metro) and has a good mix of history and seaside. Its main street has plenty of good pubs and restaurants so you probably wouldn’t feel the need to go into the city centre in the evenings unless you’re looking for serious nightlife. This would be a good option for anyone happy to trade convenience to the city centre for sea air and a slightly more laid-back vibe.

Attractions in Along the coast

Popular accommodation in Along the coast

More options in and around Along the coast

More popular places to stay in Newcastle upon Tyne